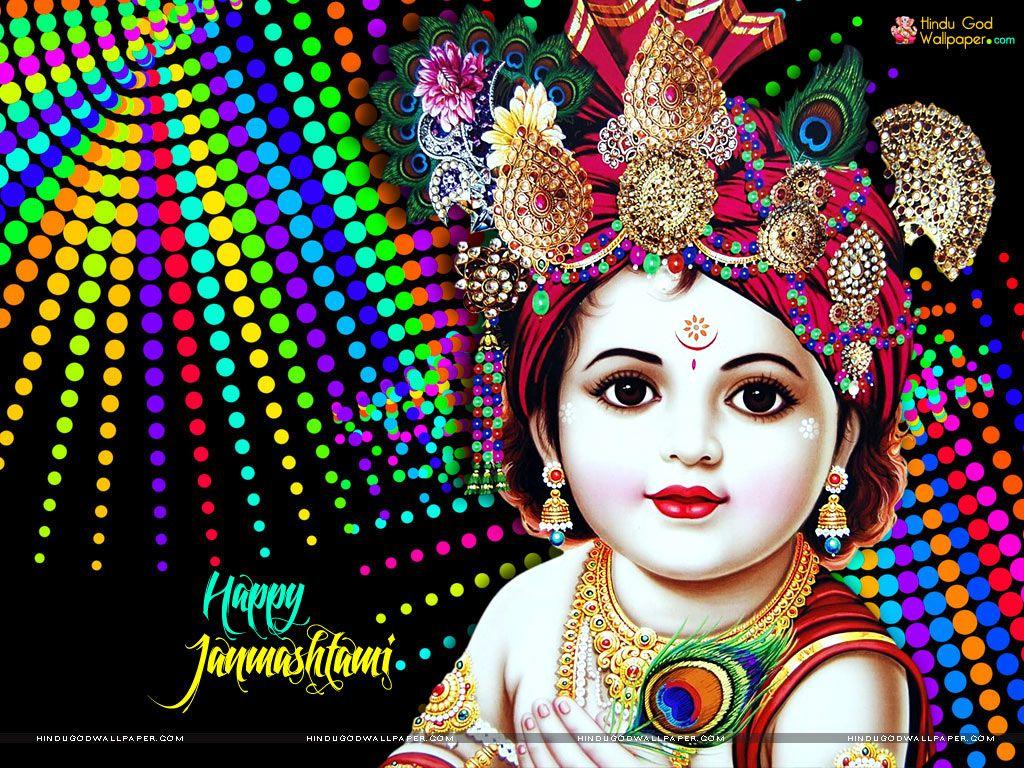 Five thousand years ago, Lord Sri Krishna, the Supreme Personality of Godhead appeared on ashtami tithi in the Month of Shravana. There are many incredible thoughts about the advent of Sri Krishna in our Vedic Literature. Though it is described, but really difficult to realize those directly from scriptures for the less intelligent people. Moreover, it is not so easy to realize the supreme Lord and his actions since His birth and action are not ordinary like us. Therefore, He says in Bhagavata Gita (4/9), “janma karma ca me divyam evaṁ“

Also, He says in Bhagavata Gita (7/25) “nāhaṁ prakāśaḥ sarvasya  yoga-māyā-samāvṛtaḥ– I am never manifest to the foolish and unintelligent. For them, I am covered by My internal potency, and therefore they do not know that I am unborn and infallible.” Again, the Lord says in Bhagavata Gita (9/11), “avajānanti māṁ mūḍhā mānuṣīṁ tanum āśritam”

It is defined in Bhagavad Gita that Lord Krishna is “aja” which stands for birthless, so all about His appearance and activities in this material world is transcendental. Lord Krishna, as an ordinary man is forced to accept the material body according to his fruitive activities in this mundane world, doesn’t take birth. He comes on His sweet will.

In the Sri Krishna’s appearance, the entire world was filled with transcendental joy, happiness, peace, magnificence, and all the qualities of goodness. The group of Rohini stars under the direction of Brahma reveal in the Sky- is considered very fortunate. As per Srimad Bhagavatam, all planets and all directions look extremely pleasing and all the signs of the entire environment confirmed the divinity. Prior to Sri Krishna’s appearance, the saints and brahmans feel peace within the core of their hearts and being confirmed, they depicted that a child born in this auspicious moment must be the supreme or the absolute truth.

Vasudeva saw that magnificent baby was brought into the world as a child with four hands, holding conchshell, club, disc, and lotus blossom improved with the characteristic of Śrīvatsa, wearing the jeweled neckband of kaustubha stone, wearing yellow silk, seeming amazing like a radiant blackish cloud, wearing a protective cap festooned with the vaidūrya stone, significant wristbands, hoops and comparative different adornments all around His body, and enhanced by a bounty of hair on His head.

By observing the extraordinary feature of the divine child, Vasudeva got astounded with curiosity and thought himself how could a recently born child be so adorned? He could realize that Lord Krishna has now appeared in this mundane world and it happened because of Lord Krishna’s blessing. Normally none of the mundane child born with four hands, adorned with jewelry and well-dressed, equipped with all the signs of divinity.

Vasudeva Pondered again and again by glancing at this child. The Supreme Personality of Godhead Krishna or Visnu was appearing as a child, precisely in his original form in Vasudeva’s house. So he wondered that despite being an ordinary living entity conditioned by material nature and being externally imprisoned by Kaṁsa, Lord Krishna appeared in his house.

Vasudeva thought about how to commend this promising second: “For the most part, when a male youngster is conceived,” he thought, “individuals celebrate the event with blissful festivals, and in my home, even though I am detained, the Supreme Personality of Godhead has taken birth. The number of a great many occasions should I be ready to perform this promising function?”

Knowing the Krishna’s killing Kamsa, all the inhabitants of Mathura burst into ecstatic joy. They expressed their gratitude to Krishna, “Oh! Lord today our happiness has no limit. The evil-minded Kamsa died in wresting arena. All the inhabitants wanted to celebrate Krishna’s birth festival. So, they request Krishna, “Goodness! Lord be satisfied with us. We need to celebrate Your appearance day as we couldn’t able to observe this when You took birth. please, give us Your authorization. We surrender unto You with commitment, please mercy on us.”

Vasudeva, having parental affection for Krishna & Balaram, was so enchanted and overwhelmed to hear from the inhabitants of Mathura about the celebration. Therefore, Vasudeva Said to Krishna, “all of the inhabitants of Mathura would be so happy to commemorate Your Birthday. Please allow them to celebrate.” Lord Krishna then allowed saying, “I born as the child of Vasudeva and Devaki when the sun goes to Simha Rashi, in the month of Vadra Krishna Ashtami in Rohini Nakshatra at midnight. People from all the sectors such as Brahmanas, Kshatriyas, Vaishyas, Shudras, even Anarjas from the age 8 to 80, should observe this fasting which will bring spiritual happiness, peace in mind & devotion towards Me.”

After hearing from Krishna, all the inhabitants of Mathus were observing this festival sincerely and they were chanting the glory of Sri Krishna’s Pastimes with Love & affection. The mega-festival celebration was continued till midnight. They offered different types of gifts with love & devotion. Vasudeva also offered precious gifts to all the attended guests and Brahma at this ceremony.

According to Visnu Purana, by observing this festival anyone can get happiness in this life and even in the next life. Otherwise, the person who does not fast this Janmashtami Day has to take birth in snake species and live in the forest. Moreover, hell will be waiting for them.

In Bhavishya Purana, Krishna said to Yudhisthira Maharaj in Mahabharat, “anyone can be free from all sinful reactions of one’s previous seven births and have a child, as well as be free of disease and receive immeasurable good fortune.”

In Varaha Purana, Purba Khanda Sri Suta Goswami said in Janmashtami Mahatya that it is a Vaishnava day. So, it purifies to those who just think of this auspicious day.

in Bhavishya Purana, the divine activities on this day such as donation, sacrifice, study scripture, chant, performing penance, etc. amplify hundreds of times more of the results.

Some misunderstanding is being roamed in our society regarding the observance this day. Padma Purana stated that When Saptami tithi remains 1.5hrs before sunrise and the rest of the day & night is Ashtami tithi, then it is called Saptami Yukta Janmashtami. So, vow should be strictly prohibited. Therefore, the next day people must observe the Janmashtami festival. Appearing of Rohini Nakshatra in pure Ashtami and Ashtami exists until dawn such vow should be executed. But everyone should be aware of Saptami Yukta Janmashtami which is fully restricted.